The tongue twister “she sells seashells by the seashore” was inspired by a woman named Mary Anning, who spent her time gathering seashells from beaches to sell to tourists. Her father was the one who taught her how to identify seashells and fossils as a child, and she developed a deep love for digging into the cliffs, searching for the seaside treasures. In 1811, her brother found a skull in a seaside cliff, and ran to tell her. Fascinated, Marry Anning dug until she uncovered the fossilized skeleton of an animal she initially believed to be a giant crocodile. This “crocodile” was later revealed to be the aquatic species of dinosaur, Ichthyosaurus. Proud of her revolutionary discovery, Mary went on to hunt for more fossils, and later discovered skeletons for aa Plesiosaurus, a aquatic species of dinosaur with a long neck; Pterodactyl, a well-known flying dinosaur later classified as Pterosaurs; and a Squaloraja, a prehistoric fish. Today, modern scientists credit Mary Anning for the founding of Modern Paleontology. 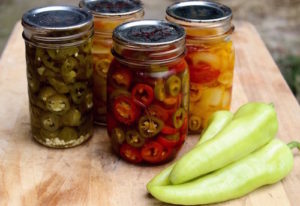 “Peter Piper picked a peck of pickled peppers” also had a real-world origin. There was an actual person whom Peter Piper was based on: a French pirate and horticulturalist named Pierre Poivre. Pierre would steal from spice stores to grow in his own garden, and make the spices more available and affordable to the common populace. In those times, the cooking spices were known as “peppers”, and the spice trade companies – mostly named by the Dutch – would keep supply low and demand high by deliberately rubbing lime on the seeds in order to jack up the prices. This process was known as “pickling”. He also arranged for the smuggling of such spices as well, and was partly responsible for the introduction of Clove and Nutmug in his own spice company and gardens.

The tongue twisters in 23 Terrifically Tough and Tremendously Trying Tongue Twisters don’t have such a long history, but they can bring just as delight and laughter within your own family, and make your own history and games.