Shifting your tone doesn’t mean being phony; it’s about being grounded.

The Practice:  Watch your tone. 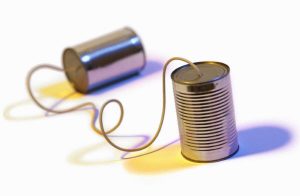 I remember times I felt frazzled or aggravated and then said something with an edge to it that just wasn’t necessary or useful. Sometimes it was the words themselves, such as absolutes like “never” or always,” or over-the-top phrases like “you’re such a flake” or “that was stupid.” More often it was the intonation in my voice, a harsh vibe or look, interrupting, or a certain intensity in my body. However I did it, the people on the receiving end usually looked like they’d just sucked a lemon. This is what I mean by tart tone.

People are more sensitive to tone than to the explicit content of spoken or written language. To paraphrase the poet Maya Angelou, people will forget what you said, but they’ll remember how you made them feel. And we are particularly reactive to negative tone, due to the negativity bias in the brain (written about in previous JOTs).

Consequently, tart tone hurts others. This is bad enough, but it also often triggers others to react in ways that harm you and others.

On the other hand, paying attention to tone puts you more in touch with yourself, because you have to be aware of what’s building inside – which also promotes mindfulness and builds up its neural substrates. Containing negative tone prompts you to open to and deal with any underlying stress, hurt, or anger. It reduces the chance that the other person will avoid dealing with what you say by shifting attention to how you say it. Cleaning up your style of expression puts you in a stronger position to ask people to do the same, or to act better toward you in other ways.

As the Buddha said long ago, “Getting angry with others is like throwing hot coals with bare hands: both people get burned.” Much the same could be said about throwing tart tone.

Shifting your tone doesn’t mean becoming sugary, saccharine, or phony. Nor does it mean walking on eggshells, becoming a doormat, or muzzling yourself. Actually, when people shift away from being snippy, curt, snarky, derisive, or contentious, they usually become stronger communicators. They’re now more grounded, more dignified when they bring up something. They haven’t squandered interpersonal capital on the short-term gratifications of harsh tone.

Sometimes people are tart with each other in playful ways, and that’s OK. But keep watching to see how it’s landing on the other person.

Be mindful of what’s called “priming”: feeling already mistreated or annoyed irritated, or already in a critical frame of mind. Little things can land on this priming like a match on a pile of firecrackers, setting them off. Maybe simply take a break (e.g., bathroom, meal, shower, run, gardening, TV) to clear away some or all of the priming. And or try to deal with hurt, anger, or stress in a straightforward way (if possible), rather than blowing off steam with your tone.

Then, if you do in fact get triggered, notice what comes up to say. If it’s critical, acerbic, cutting, etc., then slow down, say nothing, or say something truly useful. Watch those eye rolls or the sharp sigh that means “Duh-oh, that was kind of dumb” (my wife has called me on both of these). Give a little thought to your choice of words: Could there be a way to say what you want to say without pouring gasoline on the fire? Look for words that are accurate, constructive, self-respecting, and get to the heart of the matter. Be especially careful with an email; once you push the “send” button, there is no getting it back, and the receiver can read your message over and over again, plus share it with others.

If you do slip, clean it up as soon as possible—which could be a minute after you say it. Sometimes it works to explain—not justify or defend —the underlying reasons for your tart tone (e.g., you’re fried and hungry and it’s been a tough day) to put it in context. Take responsibility for your tone and its impacts, and recommit to a clearer, cleaner, more direct way of expressing yourself.

At the end of an interaction, you may not get the result you want from the other person—but you can get the result of self-respect and feeling that you did the best you could.