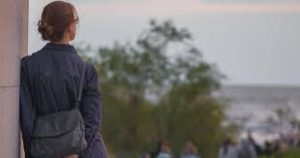 Loneliness is a universal human emotion that is both complex and unique to each individual. Because it has no single common cause, the prevention and treatment of this potentially damaging state of mind can vary dramatically.

For example, a lonely child who struggles to make friends at his school has different needs than a lonely old man whose wife has recently died. In order to understand loneliness, it’s important to take a closer look at exactly what we mean by the term “lonely,” as well as the various causes, health consequences, symptoms, and potential treatments for loneliness.

Loneliness causes people to feel empty, alone, and unwanted. People who are lonely often crave human contact, but their state of mind makes it more difficult to form connections with other people.

Loneliness, according to many experts, is not necessarily about being alone. Instead, if you feel alone and isolated, then that is how loneliness plays into your state of mind. For example, a college freshman might feel lonely despite being surrounded by roommates and other peers. A soldier beginning his military career might feel lonely after being deployed to a foreign country, despite being constantly surrounded by other troop members.

Contributing factors to lonliness include situational variables, such as physical isolation, moving to a new location, and divorce2. The death of someone significant in a person’s life can also lead to feelings of loneliness. Additionally, it can be a symptom of a psychological disorder such as depression.

Loneliness can also be attributed to internal factors such as low self-esteem. People who lack confidence in themselves often believe that they are unworthy of the attention or regard of other people. This can lead to isolation and chronic loneliness.

Loneliness has a wide range of negative effects on both physical and mental health, including:

These are not the only areas in which loneliness takes its toll.

Lonely adults get less exercise than those who are not lonely. Their diet is higher in fat, their sleep is less efficient, and they report more daytime fatigue. Loneliness also disrupts the regulation of cellular processes deep within the body, predisposing us to premature aging.

What Research Suggests About Loneliness

Researchers also suggest that loneliness is becoming more common in the United States. Since 1985, the number of people in the U.S. with no close friends has tripled. The rise of the internet and ironically, social media, are partially to blame .

Experts believe that it is not the quantity of social interaction that combats loneliness, but it’s the quality.

Having just three or four close friends is enough to ward off loneliness and reduce the negative health consequences associated with this state of mind.

Loneliness Can Be Contagious

One study suggests that loneliness may actually be contagious. In a ten-year study, researchers examined how loneliness spreads in social networks. The results indicated that people close to someone experiencing loneliness were 52% more likely to become lonely as well.

Tips to Prevent and Overcome Loneliness

Loneliness can be overcome. It does require a conscious effort on your part to make a change. Making a change, in the long run, can make you happier, healthier, and enable you to impact others around you in a positive way.

Here are some ways to prevent loneliness: