“The human race has only one effective weapon, and that is laughter.” -Mark Twain 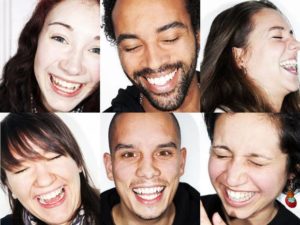 Some people are good at telling jokes, but have no idea how the jokes come out of their mouths. These people are naturally funny. But if you are not one of these people or have always had a problem with being funny, don’t sweat. Understand that all jokes have a formula behind them that makes them funny; otherwise, it’s not funny and that’s not a joke. Here are the ingredients to tell a joke. I’ll walk you through it step-by-step.

The Anatomy of a Joke and Its Formula

“Artificial hearts are nothing new. Politicians have had them for years.” -Mack McGinnis

“My wife said that her wildest sexual fantasy would be if I got my own apartment.” -Rodney Dangerfield

“You know, it was pretty hot yesterday. I saw a dog chasing after a cat, and they were both walking.”

“He may not be able to sing, but he can act pretty well.”

“He may not be able to sing, and he sure can’t dance either.”

Every joke begins with a target. The target can be anything from dogs and cats to lawyers or bosses. Just remember to cater the joke to the right audience. The joke is usually going to be hostile in some way, shape, or form. It’s going to make fun or someone or something, but usually the end result will not even make the joke seem hostile at all. And if you happen to find yourself to be in the position of where you are one of the nicest or kindest people on earth, like me, then you can always slim down the hostility. It’s okay.

After this, the joke needs to start off real – something that people can relate to and tell themselves that what you’re telling them about is real and there’s nothing to worry about. From there you can build up a story through anticipation or tension, and then give them an exaggerated response that has a surprise ending the blows them away. You choose how you want to go about doing this.

“A man and a woman who have never met before find themselves in the same sleeping carriage of a train. After the initial embarrassment, they both manage to get to sleep; the woman on the top bunk, the man on the lower.

In the middle of the night the woman leans over and says, “I’m sorry to bother you but I’m awfully cold and I was wondering if you could possibly pass me another blanket.”

The man leans out, with a glint in his eye, says, “I’ve got a better idea… let’s pretend we’re married.”

“Why not?” giggles the woman.

I’m not even going to begin listing the positive traits that humor gives us which include relieving stress, living longer, feeling healthier, and feeling better about your day. If you can master telling a joke, people will like you and you’ll be able to make connections easily. If anything, life will be a lot less seriously and a lot more fun. Opportunities will come to you if you can be funny and people will be attracted to you as well. So now that I have given you the magical formula for being a jokester, do you have any jokes up your sleeve? Why not share one in the comment section below?

“Laugh at yourself for a man is most comical when he takes himself too seriously.” -Og Mandino