Memorial Day isn’t just an excuse to take a long weekend and loaf around eating grilled meats—although those are certainly among the reasons to love the holiday. 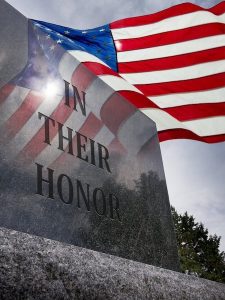 So before you head out to your barbecues and pool parties, here are some facts about Memorial Day, everybody’s favorite summer kick-off holiday.

It was originally called Decoration Day

To honor the deceased, soldiers would decorate graves of their fallen comrades with flowers, flags and wreaths. Hence Decoration Day. Although Memorial Day became its official title in the 1880s, the holiday wouldn’t legally become Memorial Day until 1967.

It wasn’t always celebrated the last Monday of May

After the Civil War, General John A. Logan, commander in chief of the Grand Army of the Republic, called for a holiday commemorating fallen soldiers to be observed every May 30. But due to the Uniform Monday Holiday Act, which took effect in 1971, Memorial Day was moved to the last Monday of May to ensure long weekends. Some groups, like the veterans’ organization American Legion, have been working to restore the original date to set Memorial Day apart and pay proper tribute to the servicemen and women who sacrificed their lives defending the nation.

It’s legally required to observe a National Moment of Remembrance

In December 2000, Congress passed a law requiring Americans to pause at 3 p.m. local time on Memorial Day to remember and honor the fallen. But this doesn’t appear to be common knowledge, or if it is, by 3 p.m. most people seem to be too deep into a hot dog-induced food coma to officially observe the moment.

James A. Garfield delivered a rather lengthy speech at the first Memorial Day ceremony

Of course then it was still called Decoration Day, and at the time, Garfield was a Civil War General and Republican Congressman, not yet a President. On May 30, 1868, he addressed the several thousand people gathered at Arlington National Cemetery. “If silence is ever golden,” Garfield said, “it must be beside the graves of 15,000 men, whose lives were more significant than speech, and whose death was a poem the music of which can never be sung.”

Waterloo, New York is considered the birthplace of Memorial Day