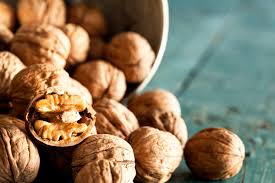 Eating walnuts could be the ticket to supporting cognitive function in older adults, according to a recent study.

After conducting telephone interviews to assess cognitive status in 3,632 adults ages 65 and older in the U.S., researchers concluded any walnut consumption was associated with higher cognitive ability. The results were published in Public Health Nutrition on July 31.

While results suggest people who reported eating walnuts had greater cognitive scores than those who avoided the nut, it does not prove that walnuts offer a protective effect against cognitive decline.

“This research shows similar results to other studies analyzing walnut consumption and cognitive function,” Rizzo says. “For example, according to an epidemiological study published in The Journal of Nutrition Health & Aging, eating walnuts may improve performance on cognitive function tests for memory, concentration, and information processing speed in adults.”

Walnuts are well-known for their brain-supporting nutrients, including ALA omega-3 fatty acids and polyphenols. They also support healthy blood pressure, which facilitates brain health by helping the heart pump blood to the brain.

This is not the first study that suggests walnut consumption has a positive effect on brain health. Results from other studies suggest:

What This Means For You

According to numerous studies, eating walnuts in conjunction with an overall healthy dietary pattern supports brain health. To incorporate more walnuts into your diet, try tossing them on your salad or even dipping them in dark chocolate.

Is Walnut Consumption A Must When Supporting Cognitive Function?

According to the all current data, walnuts appear to be a brain-boosting superfood. However, the authors of the Public Health Nutrition study note that those who ate more walnuts also tended to exhibit other positive health behaviors that support cognitive health. Therefore, it’s uncertain whether walnuts, specifically, boosted cognitive scores, or if the scores can be attributed to the healthier lifestyles of people who happen to eat walnuts.

“This study—in addition to the large body of research available on walnuts and health—proves walnuts are a healthy addition to one’s diet,” Elizabeth Shaw, MS, RDN, CPT, a nutrition expert and author of “Air Fryer Cookbook For Dummies” and “Instant Pot Cookbook For Dummies,” tells Verywell. “However, I’m hesitant to say based solely on the 3600+ participants in the study that eating walnuts alone promotes cognition.”

Like the study authors imply, Shaw thinks a variety of healthy behaviors and a balanced diet are better predictors of cognitive health.

“Walnuts may certainly work synergistically with other foods known to promote cognitive health, like wild blueberries and eggs,” Shaw says. “While walnuts may be challenging for some older adults to chew, eggs are easily palatable. They are also one of the most concentrated sources of choline, a B-like vitamin crucial for cognitive health that 90% of Americans don’t get enough of.”

So, if you are not a walnut aficionado, don’t feel like you have to force-feed yourself walnut butter every day. Other foods have been shown to play a positive role in cognition too, including fish, eggs, and blueberries.

Relying solely on walnuts for brain health is also not your best bet. Healthcare providers suggest focusing on dietary patterns, such as the Mediterranean diet, instead of one single food to support brain health.